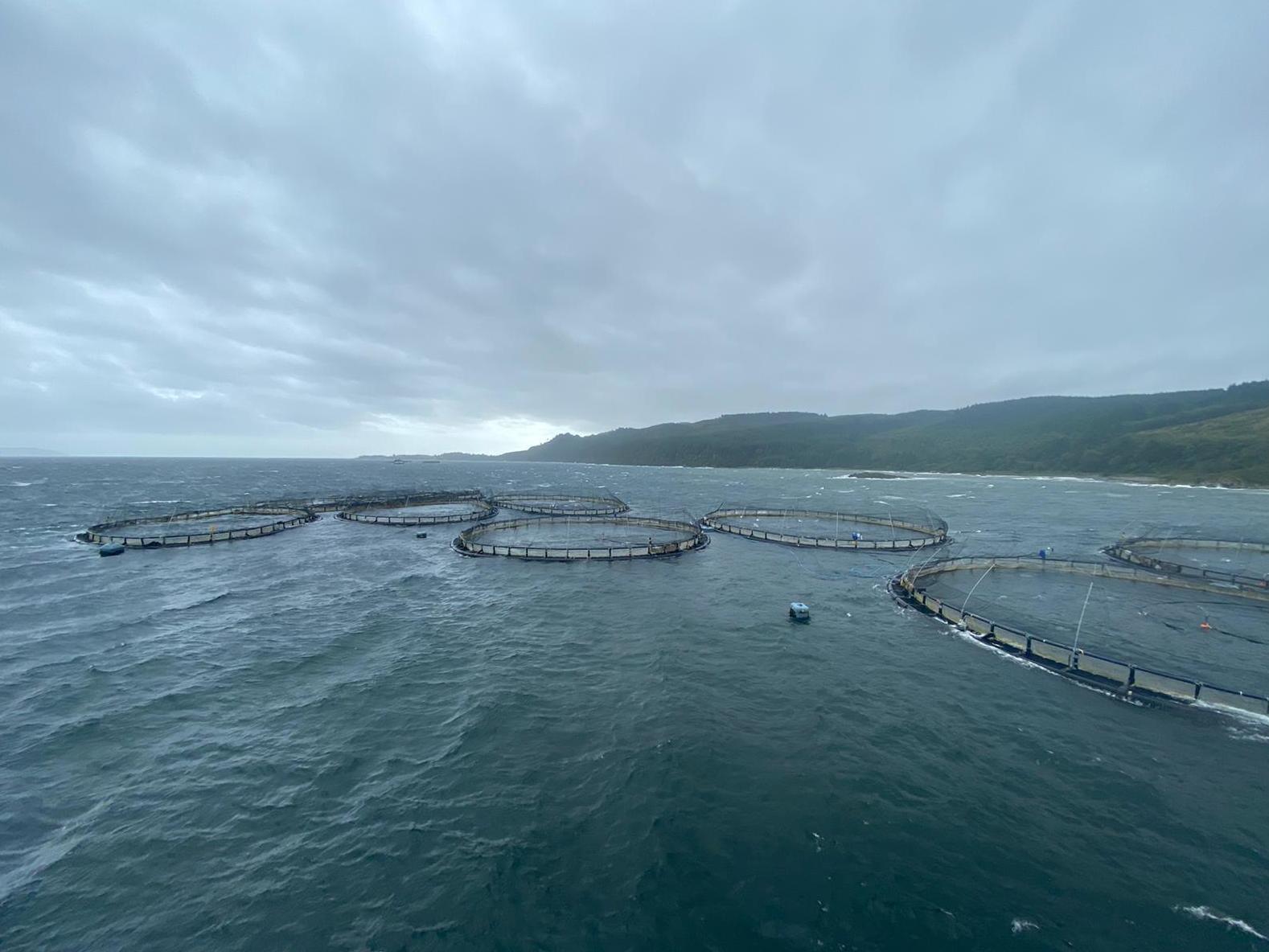 Almost 50,000 salmon escaped after four pens at a fish farm in Scotland were damaged during Storm Ellen, raising concerns about the potential environmental impact they will have in the wild.

The incident occurred at North Carradale farm, which is located near Campbeltown in western Scotland, in strong tides on 20 August.

As well as the large number of fish that escaped, more than 30,000 salmon died as a result of the damage.

Mowi, the company that owns the farm, said this was caused by the pens’ mooring ropes becoming detached from their seabed anchors.

A 4.8cm thick rope has now been sent to Aberdeen for testing.

Mowi added that the situation was brought under control on 22 August and that the pens were returned to their original position on Tuesday.

A spokesperson for the Scottish Environment Protection Agency said: “As Scotland’s environmental regulator, we share concerns regarding the loss of salmon as a result of Storm Ellen.

“Whilst we are confident that marine pens have been returned to their authorised position and that there was no significant pollution, we are liaising with Mowi and Marine Scotland who have responsibility for fish escapes and their reporting,” the spokesperson added.