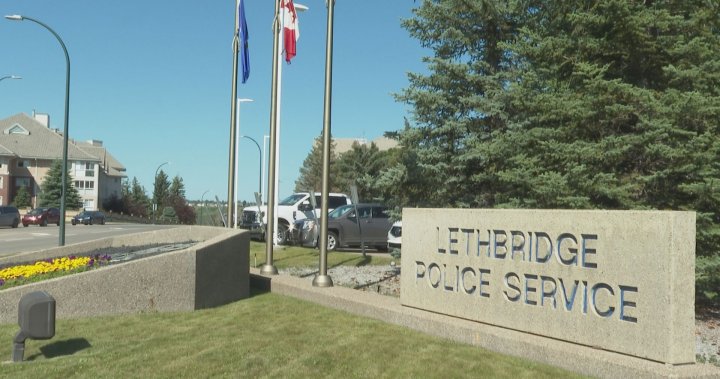 The Lethbridge Police Association says it’s disappointed to hear of the decision to uphold the suspension of a Lethbridge police officer.

Const. David Easter is facing one charge of assault stemming from an incident relating to a prisoner in the short-term holding facility last February.

On Monday, Chief Scott Woods made the decision to suspend Easter without pay until the matter was resolved in court.

Through Alberta’s Police Service Regulations, decisions of this nature must be approved by the answering police commission within 30 days. On Friday, the Lethbridge Police Commission gave its stamp of approval.

“There was no due process afforded to our member,” LPA president Jay McMillan said.

“Ordinarily, and in other centers in the province, a police commission would allow opportunity for an affected member [to make] some kind of presentation or some kind of representation.”

McMillan believes the commission is ill-equipped and largely unqualified to make decisions in such a short amount of time, adding it didn’t give Easter the opportunity to share his side.

“They have skipped an entire process, essentially, to rubber-stamp a chief’s decision,” he said.

Global News reached out to Simon Griffiths, chair of the Lethbridge Police Commsion, for comment, but did not hear back by Friday afternoon.

“Chief Woods applied the law in the Police Act and the Police Service Regulation to the exceptional circumstances before him,” a spokesperson for the LPS said in an emailed statement.

“His decision was made in good faith, to help maintain the integrity of the service, and the confidence of the community we serve. He stands by his decision as being the right thing to do, based upon the facts at hand.”

McMillan said it’s possible the police chief was trying to “save face” in light of recent events and the climate around policing in Canada.

The LPA is in the process of filing a judicial review of the decision, according to McMillan.

Easter is currently scheduled to appear in Lethbridge Provincial Court on November 4.