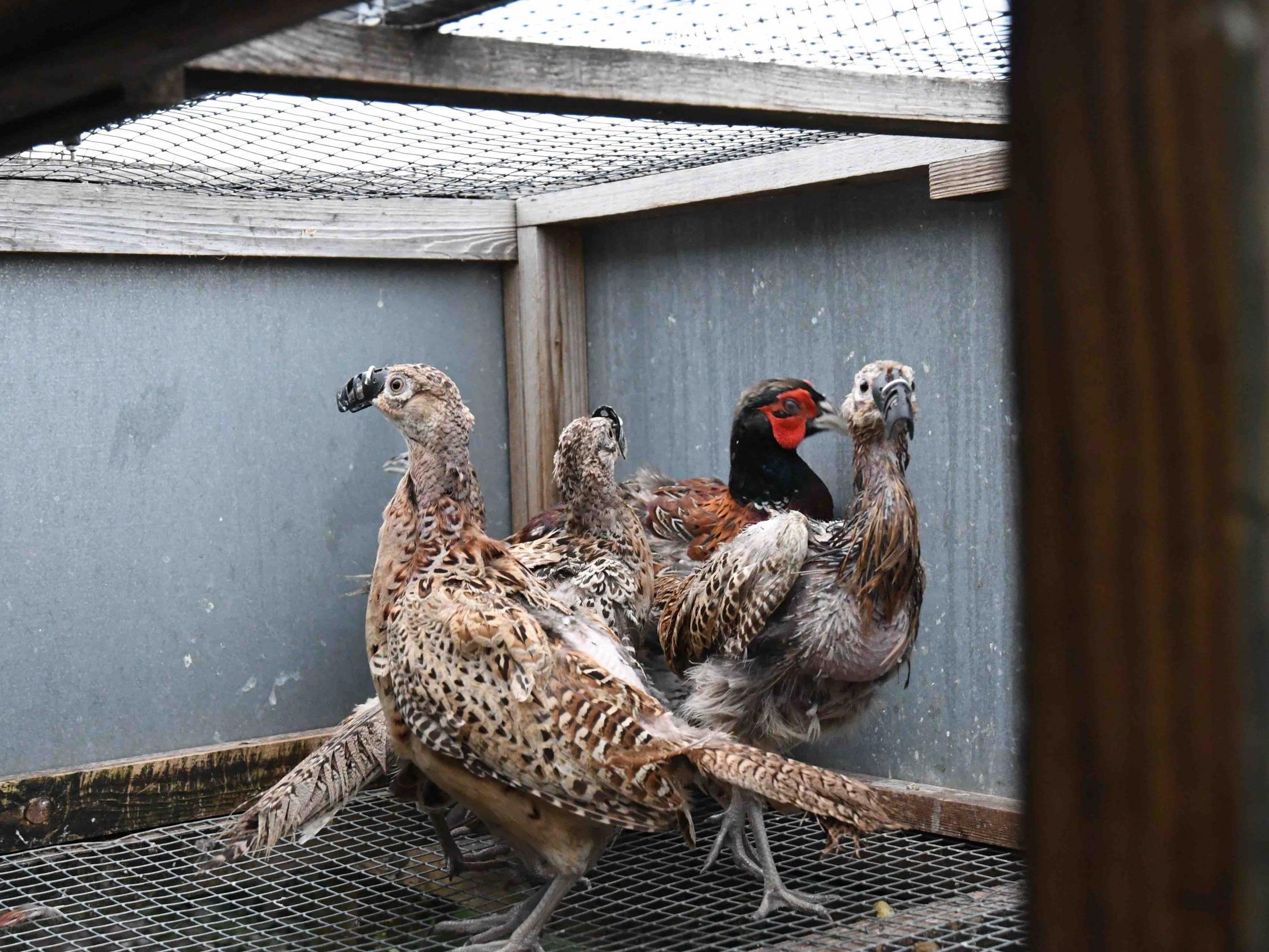 Thousands of partridges and pheasants at a game farm were kept trapped in small metal cages in the heatwave, with dead birds nearby, an undercover investigation has found.

Many of the birds had suffered feather loss – the main sign of stress, caused by cages that are barren and tiny, with no vegetation or materials that would let them behave naturally, such as dust-bathing, the investigators said.

Investigators for the Animal Aid organisation, which campaigns for animal welfare, estimated the farm had 2,600 partridges and 450 pheasants, kept for breeding, after the egg-laying season was over.

The conditions at the farm in Suffolk were in breach of government welfare rules.

Pairs of partridges were kept in rows of “raised laying cages” lacking in any “enrichment”.

Pheasants were penned, with several females and one male bird, in cages that had a nesting box but nothing else to enrich their lives, Animal Aid said.

Many females had “shrouds” over their beaks, fitted by farmers to stop birds attacking each other, even though the government code of practice says shrouds “should not generally be used as a form of bird management”.

The investigator said dead birds were lying next to the pheasant cages.

There were also thousands of poults, or chicks, in rearing pens.

All the cages were exposed to extremes of weather, including this month’s heatwave, when the metal would have sent temperatures inside the cages soaring.

About 50 million birds, mostly pheasants, are bred for shooting each year on Britain’s 300 game farms, in an industry that is worth more than £2bn a year, according to the Game Farmers’ Association.

It is thought one in three released birds is shot – the others may be run over or be killed by predators – and about 3 million are eaten.

In a government study, feather damage caused by pecking was identified as the main cause of early death in farmed game birds.

The group, which is lobbying for a ban on game-bird cages says birds often injure their heads when they repeatedly fly upwards into the roofs of laying cages, and the mesh floors wound their feet, while confinement in such small spaces causes mental trauma.

Fiona Pereira, of Animal Aid, said: “Sadly, what we discovered at this establishment is not uncommon.

“Game farms are not inspected by the government agencies unless a complaint has been made, so the industry is virtually unregulated.

“Because game farms operate to maximise efficiency and profit, the welfare of the birds incarcerated at these places comes a poor second.”

Animal Aid reported the farm to the Animal and Plant Health Agency (APHA).

The Department for Environment, Food and Rural Affairs, oversees the agency, declined to confirm if action had been taken, saying it did not comment on investigations.

An APHA spokesperson said: “In line with our clear guidelines to protect animal welfare, we take all potential breaches of legislation very seriously and investigate all allegations.

“Where welfare regulations are breached, appropriate action is taken.”