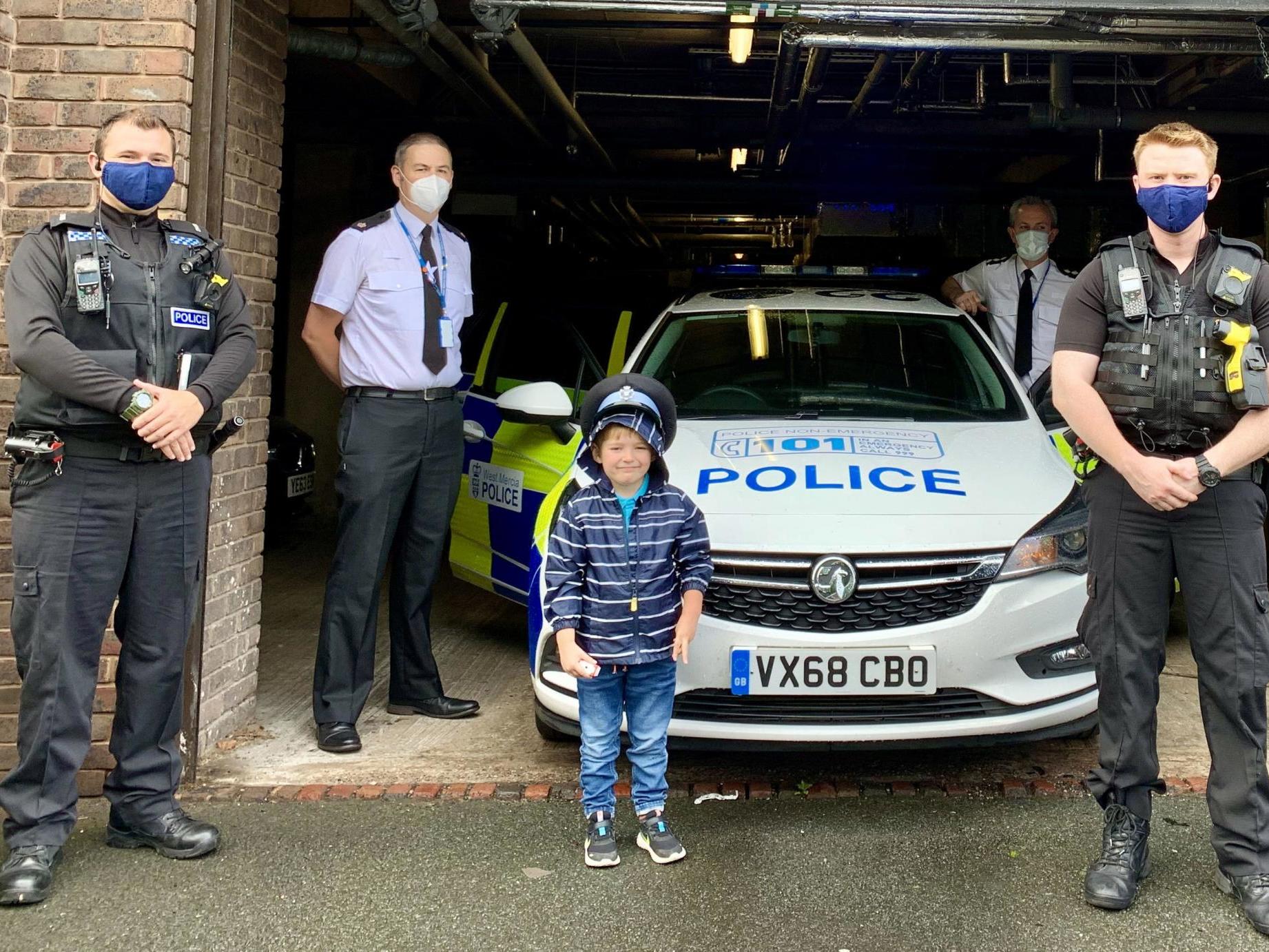 A five-year-old boy has been celebrated for his quick thinking after he called the number on the side of his toy ambulance when his mother fell unconscious.

Josh dialled 112 when he found his mum lying on the floor after she slipped into a diabetic coma at their home in Telford last month, West Mercia Police said.

Dialling 112 – the European emergency number – is effectively the same as dialling 999 and works throughout European Union countries.

Josh then spoke to a police operator, who sent officers to the home. His mother was then treated by paramedics.

Telford local policing commander Superintendent Jim Baker said: “This was an incredible thing for Josh to do. His quick thinking saw him ring the number on his toy ambulance as he was worried about his mum.”

He added: ”He was very brave and stayed on the line while we were able to get to the family’s home and make sure his mum got medical assistance.”

Josh was later invited for a tour of his local police station, where he was shown around by officers including Mr Baker.

“Josh has already proved he would make a brilliant police officer in the future, hopefully we’ll see him again when he’s old enough as a new recruit,” Mr Baker said.