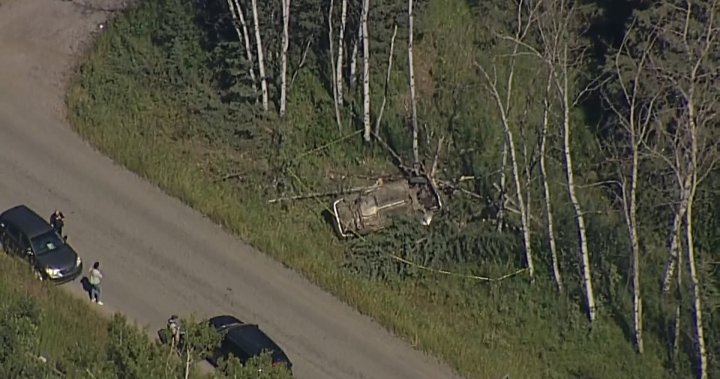 A 27-year-old Calgary woman is facing “several charges” after a serious crash near Priddis, Alta., on Tuesday, RCMP said Wednesday.

Read more: 2 rushed to hospital from scene of crash near Priddis

On Aug. 25 at 2:15 p.m., emergency crews responded to a single-vehicle rollover on Priddis Valley Road about one kilometre north of Highway 22.

RCMP said a car heading south with four people inside “lost contact with the road surface” and rolled onto a property.

Police said a man and a woman had serious injuries and were taken to hospital.

The third person, a man, was uninjured, police said.

The fourth person, the driver, ran away after the crash, so police dogs and the Calgary Police Service HAWCS helicopter searched.

They found her with minor injuries walking along Highway 22 near Priddis Valley Road at 4:30 p.m. and arrested her.

Police said she faces four charges under the Traffic Safety Act and several under the Criminal Code. Since charges have not been sworn, RCMP cannot name the woman.