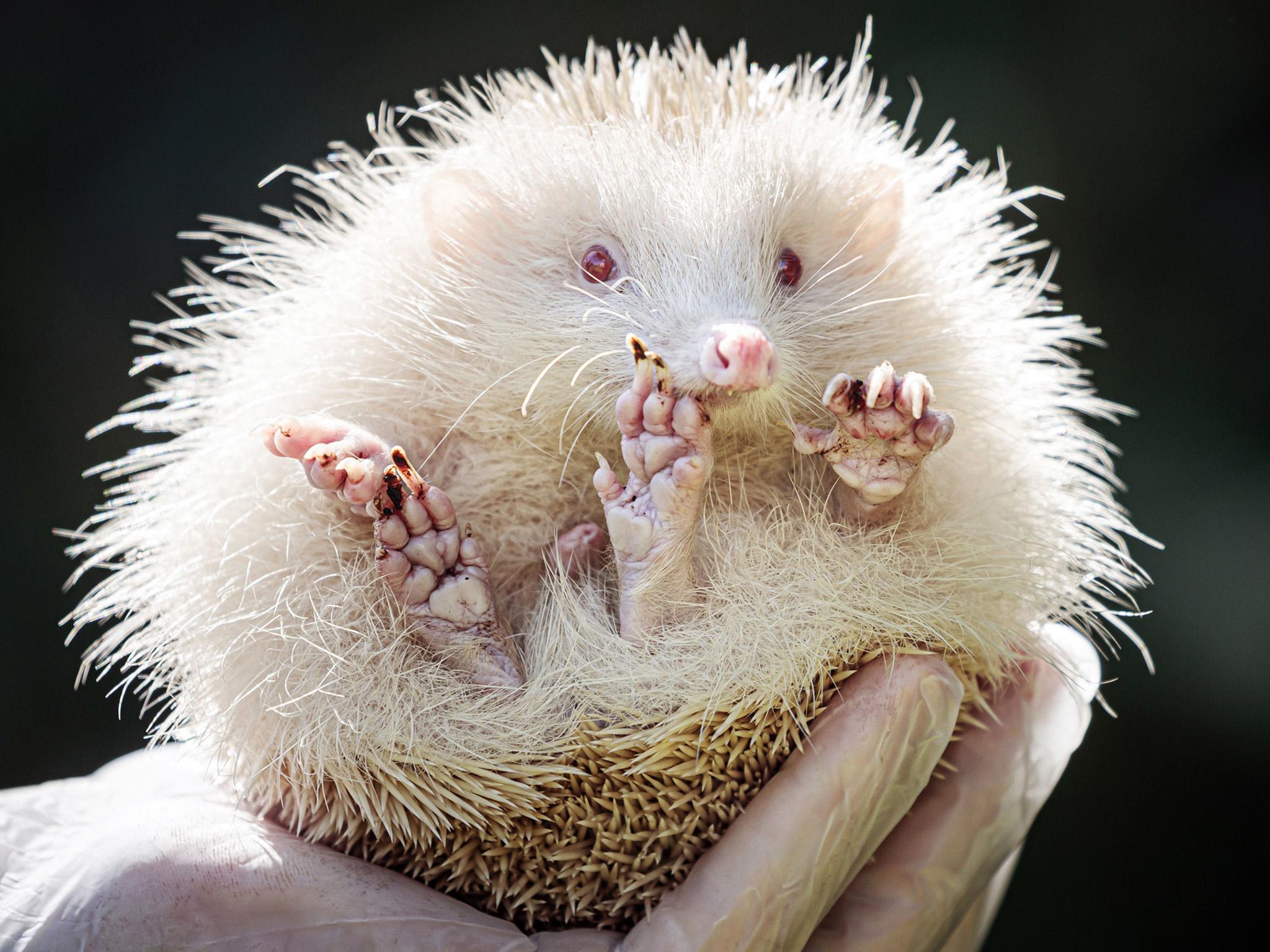 A rare albino hedgehog was rescued by a six-year-old boy who found it at “death’s door” in the middle of a road in West Yorkshire.

Ruben Wiggins found the hedgehog – which has been named Jack Frost – dehydrated, malnourished and infested with parasites. With the help of his mother, he took it to Prickly Pigs Hedgehog Rescue, a charity in Otley, near Leeds.

Diane Cook, founder of Prickly Pigs, said Ruben spotted the hedgehog “wobbling in the middle of the road” one evening.

She said: “He shouted to his mum to come quick as he knew the hedgehog needed help and shouldn’t be out during the day.

“They hurried to get a box and coaxed it out from under a stationary car. They offered some food, borrowed from a local neighbour who feeds hedgehogs, and water.”

Ms Cook continued: “When we got Jack Frost inside, we examined him carefully and the poor thing had a large number of ticks, fleas and fly eggs, which took many hours to remove. He was severely dehydrated and malnourished and at death’s door.”

The charity hand-fed the hedgehog until it was strong enough to feed itself and treated it for parasites.

Jack Frost is on the way to a full recovery and will be released back into the wild.