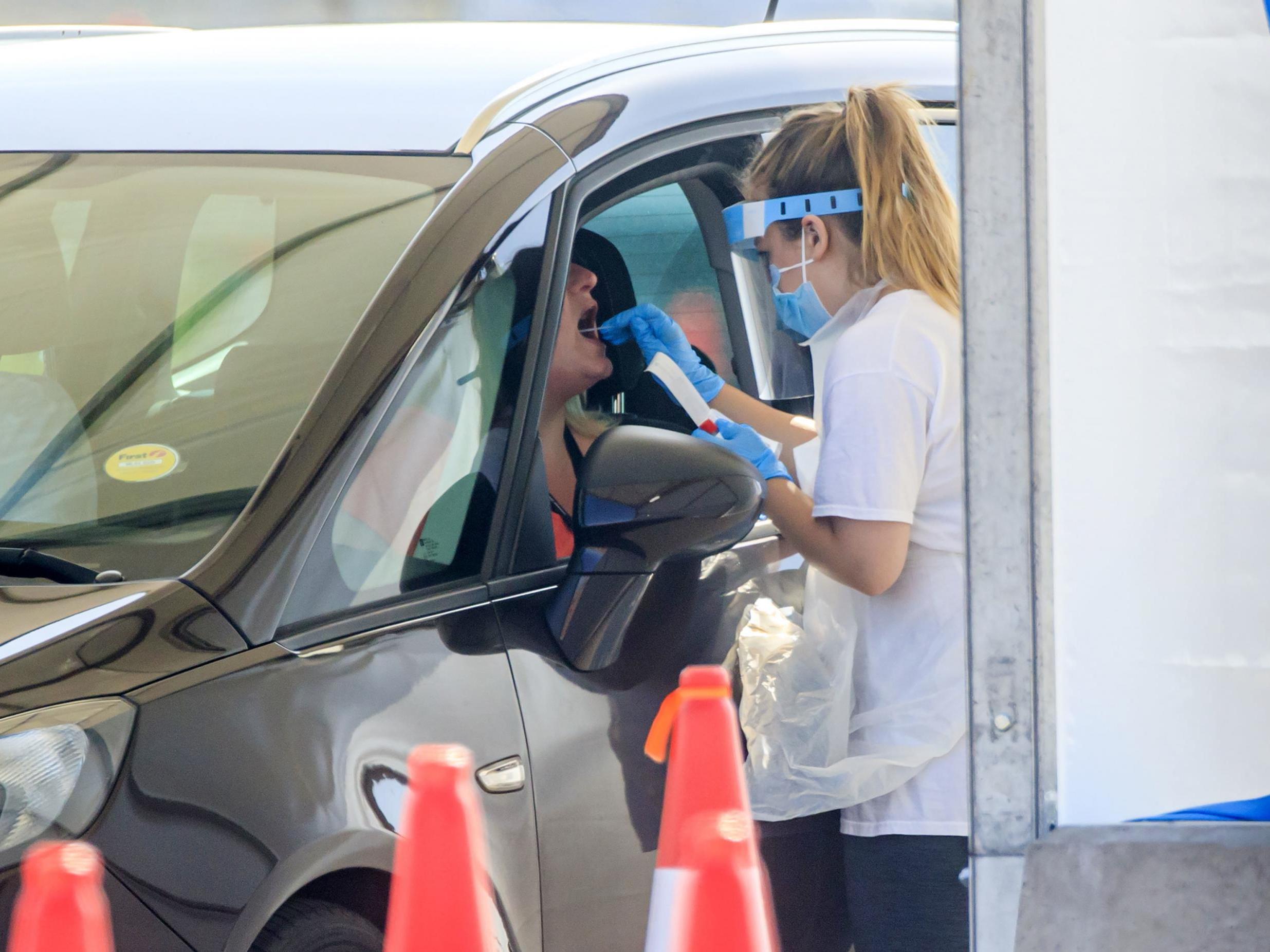 Flaws in the NHS Test and Trace system have led the online booking process to direct people to test centres more than 100 miles away.

Some people suffering coronavirus symptoms who have tried to book a test online have been directed to centres which would take them more than three hours to reach by car, it has emerged.

One person from Ilfracombe in Devon who developed symptoms of Covid-19 – including a persistent cough, fever or loss of sense of taste or smell – was directed to a test centre in Swansea when they try to book a test online.

It would see them drive past centres in Taunton, Bristol and Cardiff on their six-and-a-half hour round trip, driving 175 miles in each direction.

Meanwhile, people in Felixstowe, Suffolk, have been directed to Clacton-on-Sea in Essex, with the government coronavirus test booking website saying it is just 13.8 miles away. However, the journey is 40 miles by car, taking almost an hour to get from one place to another.

People in the region with symptoms of Covid-19 would be forced to drive past their closest test centre in Ipswich on their way to Clacton.

Labour said problems with the booking system should be resolved as a “matter of urgency”.

One person from Felixstowe who tried to book a test online told the PA news agency: “If I was travelling by boat, then Clacton would be my nearest test centre.

“I tried to book online but was only given the option of going to Clacton so I called 119. The operator got the same results.

“They told me that it is not just my region – some people in Newcastle are being directed to test centres in Scotland instead of ones in the city.

“I have symptoms so am going to get them checked out. But I can imagine that others would be put off by the prospect of two hours in the car – while driving past their actual nearest centre.”

Another example shows that a person in Gosport, Portsmouth, is directed to the test site at Chessington World of Adventures, in Greater London, rather than a Covid-19 drive-through test site in Portsmouth.

A person with Covid-19 symptoms in Weston-super-Mare is directed to a testing centre in Cardiff – which takes more than an hour in the car. However, there is a drive-through testing site at Bristol airport around 25 minutes away.

Some people with a Southampton postcode are being directed to Swindon – around a four-hour round trip.

Problems with the booking system have been highlighted from early on in the crisis but it appears that glitches in the system – which seem to disproportionately affect those on the coast – are yet to be rectified.

Labour said it was “hugely disappointing” that the issues were still occurring and called on the government to address the issues as a “matter of urgency”.

Shadow health minister Justin Madders said: “From the first days when testing centres were being rolled out, we have heard stories of people being sent unfeasibly long distances just to get a test, but for this to be still happening at this stage is hugely disappointing.

“Quick and easy access to testing are cornerstones of an effective test and trace system but once again the Tories seem unable to get the basics right.

“They must solve these problems as a matter of urgency.”

A Department of Health and Social Care spokesperson said: “NHS Test and Trace is working, it’s completely free and is stopping the spread of coronavirus.

“Regional testing slots are allocated based on the nearest testing site with availability and we are working to ensure this takes into account journey times. Anyone with symptoms across the UK should get a test as soon as possible.”