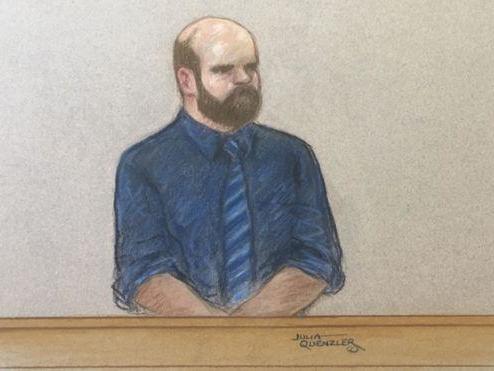 A sheep farmer has been convicted of lacing jars of baby food with metal shards as part of a plot to blackmail supermarket giant Tesco.

Nigel Wright, 45, from Lincolnshire, faces up to 14 years in jail after being found guilty of two counts of contaminating food, and three counts of blackmail, following a trial at the Old Bailey.

The court heard Wright had put the pieces of “razor sharp” metal in the jars as part of a £1.4m Bitcoin plot between May 2018 and February 2020.

He sent the supermarket giant dozens of letters in his efforts to extort the huge sums of money, jurors were told.

In one draft note, he wrote: “Imagine a baby’s mouth cut open and blood pouring out, or the inside of their bellies cut and bleeding. You pay, you save them.”

In the letters Wright had claimed to be one of several farmers angry at low prices being paid for their milk and had signed them from fictional characters including “Guy Brush” and “the Dairy Pirates”.

But during the trial he claimed he had been forced into the blackmail plot by travellers who had allegedly threatened to rape his wife and hang his children “from the trees”.

Tesco was forced to issue a product recall when a mother from Lockerbie discovered pieces of metal in a jar of Heinz sweet and sour chicken baby food.

In December 2019, Morven Smith had already fed a few spoonfuls to her 10-month-old baby when she spotted “something shiny” in the bowl and pulled it out.

She said: “It was horrendous. I felt sick I was so shocked.”

Wright was caught on CCTV placing the tampered jar on a Tesco shelf before leaving with flowers for his primary school teacher wife, a bottle of wine, and more jars of baby food.

A second mother later came forward in Rochdale to say she had also found metal while feeding her nine-month-old daughter.

Harpreet Kaur-Singh said when she had found the metal in the food, she had binned both jars of the food and the rest of her stock of baby food as a precaution.

Giving evidence, Wright admitted planting one contaminated jar in the Lockerbie store but denied tampering with stock in Rochdale.

As a result of the contamination, 42,000 jars of Heinz baby food were recovered, but there is no evidence any further stock on sale had been tampered with.

When Wright was tracked down to his family home outside Market Rasen, Lincolnshire, police found photographs of contaminated baby food on his laptop – some of which were the same flavour as the jars found containing metal in Rochdale.

In the photographs the labels were clearly visible, and two of the jars were open with pieces of metal placed inside, the jury was told.

Officers also recovered some £100,000 in bitcoin which had been sent by undercover officers during the investigation.

Prosecutor Julian Christopher QC rejected Wright’s claim he had been forced into the plot by travellers He told him: “The truth is you were not in fear at all.

“You were carrying on your life normally while hoping to make yourself rich by threatening Tesco in this way while endangering the life of others in the process.”