Coronavirus news – live: 'Not yet safe' to lift Aberdeen lockdown, warns Sturgeon as Hancock says no plans to make masks compulsory at work 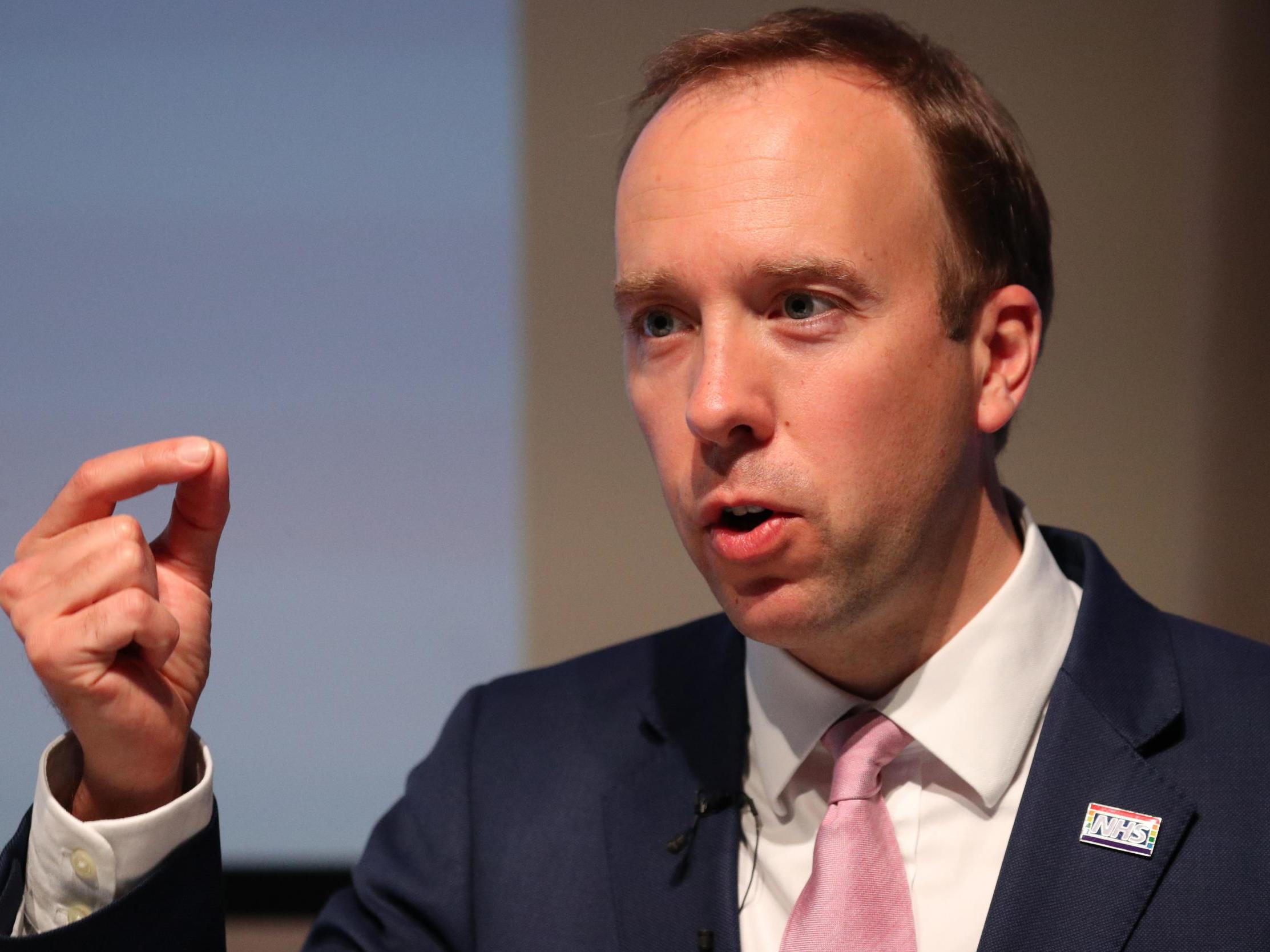 Health secretary Matt Hancock has said that the government does not intend to follow France’s decision to make face coverings a requirement in offices.

His comments came after France’s Ministry of Labour announced on Tuesday that face masks would be mandatory from the beginning of September in the workplace, with the exception of private offices.

In response to a question about France’s move, Mr Hancock told the BBC: “We constantly look at the scientific advice and the answer here is we’re not currently considering doing that.”

The health secretary said that evidence from the test and trace programme suggests that most infections in the UK have been passed on from one household to another.

“The amount of people who have caught it in workplaces is relatively low, from the evidence we’ve got,” the minister added.

From the beginning of August, the government dropped its advice encouraging people to work from home, instead allowing employers to choose when their staff should return to work, provided safety requirements were met.

Responding to Mr Hancock’s remarks on Wednesday, Adam Finn, a professor of paediatrics at the University of Bristol, said that he thinks most people are happy to wear masks to protect other people.

Mr Finn said: ”The government may have evidence and other reasons for not wishing to compel people to do this, but I think people should at least be encouraged to don a mask whenever they are sharing space with others.”

Keith Neal, emeritus professor of the epidemiology of infectious diseases at the University of Nottingham, agreed with Mr Hancock that the risk of coronavirus transmission in offices appeared low.

Professor Neal said: ”Office working has an inherent basis of social distancing built in. Most workplace outbreaks have been in factories producing food where temperatures are usually kept low.”

“There has been little published work from the UK identifying where people have caught infections. We do know that transmission occurs in hospitals, in care homes, households and families mixing in households along with overcrowded pubs as in Aberdeen. The risk in offices must exist but so far not been measured and can reasonably thought to be low,” he added.

Elsewhere, roughly a quarter of the 1,013 virus clusters detected in France since the easing of its lockdown in May have been linked to workspaces, according to the country’s national health agency.

Speaking about the new rule on face masks in offices, employment minister Elisabeth Borne said it would ensure “the protection of workers’ health and the continuity of our economic activity”.

France reported a daily case count of more than 3,000 over the weekend and has one of the highest infection rates in Europe.

As a result of France’s spike in cases, the UK decided to remove France from its quarantine exemption list last week.

Agencies have contributed to this report