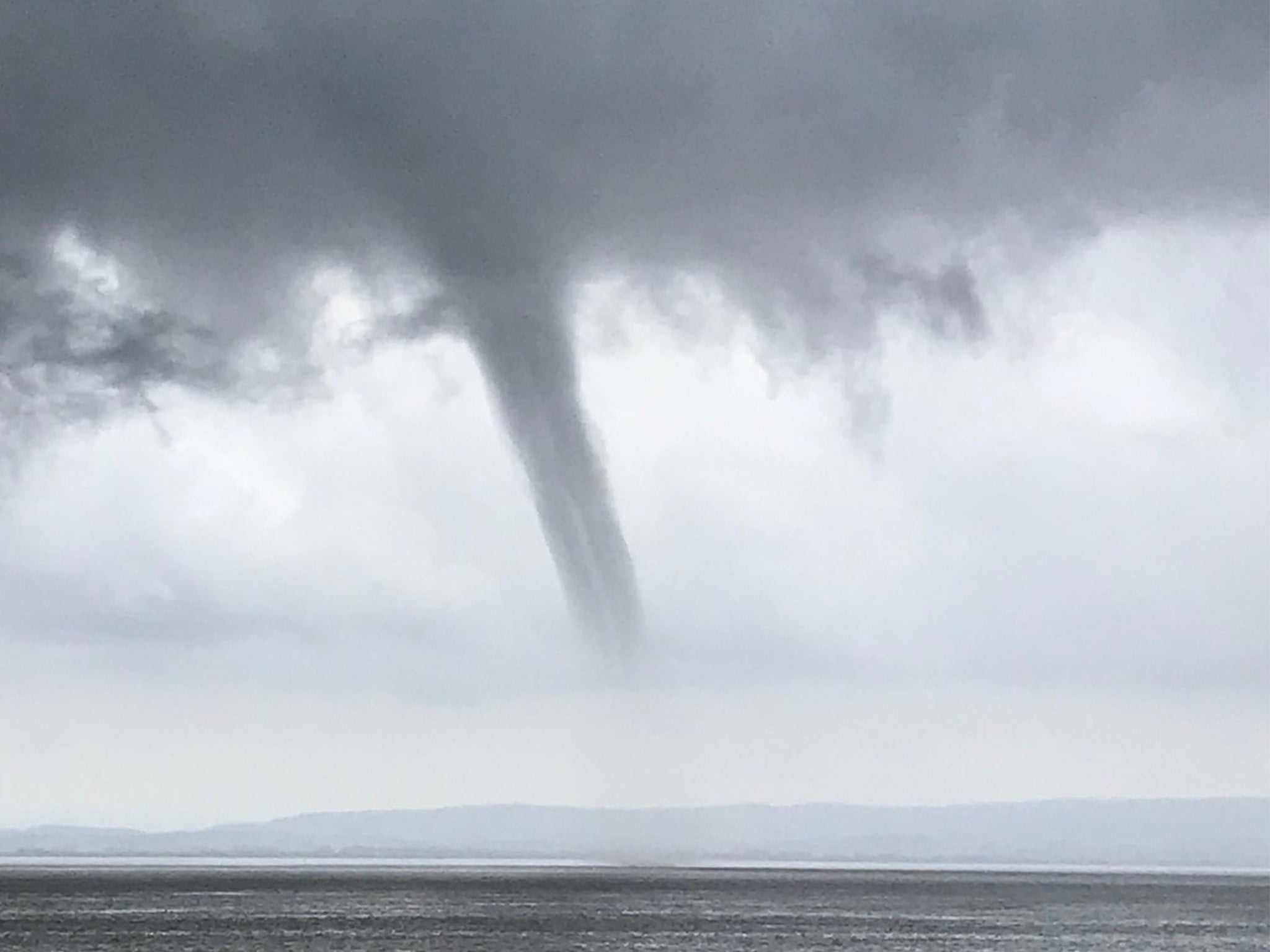 A huge funnel cloud was filmed over the Bristol Channel on Sunday as heavy storms hit the UK.

The unusual phenomenon was spotted by a number of social media users, including Dr Arthur Richards, who tweeted footage of it from Portishead in Somerset at around 4pm.

The spiralling cloud was visible for around 15 minutes and appeared to create a spray from the sea.

According to the Met Office, funnel clouds, also known as a tuba, form when a rotating column of wind draws in cloud droplets.

They become defined as a waterspout if they make contact with a body of water, or a tornado if they reach land.

They are usually seen when heavy rain, hail, thunder and lightning are on the way.

The phenomenon comes as regions across the UK saw severe flooding in the past few days, with more rain forecast.

A weather warning of thunderstorms remains in place for much of the country on Monday.

The Met Office has warned that further flooding is likely, adding: “Some heavy showers and thunderstorms are expected overnight, with further thunderstorms then developing across many areas of England and Wales during the late morning and afternoon, when they are likely to be slow moving.

“Some places within the warning area will miss the thunderstorms altogether, but where they do occur 20-40 mm of rain may fall within an hour with 50-70 mm possible in 3 or 4 hours.

“Lightning, hail and possibly gusty winds will be additional hazards.”