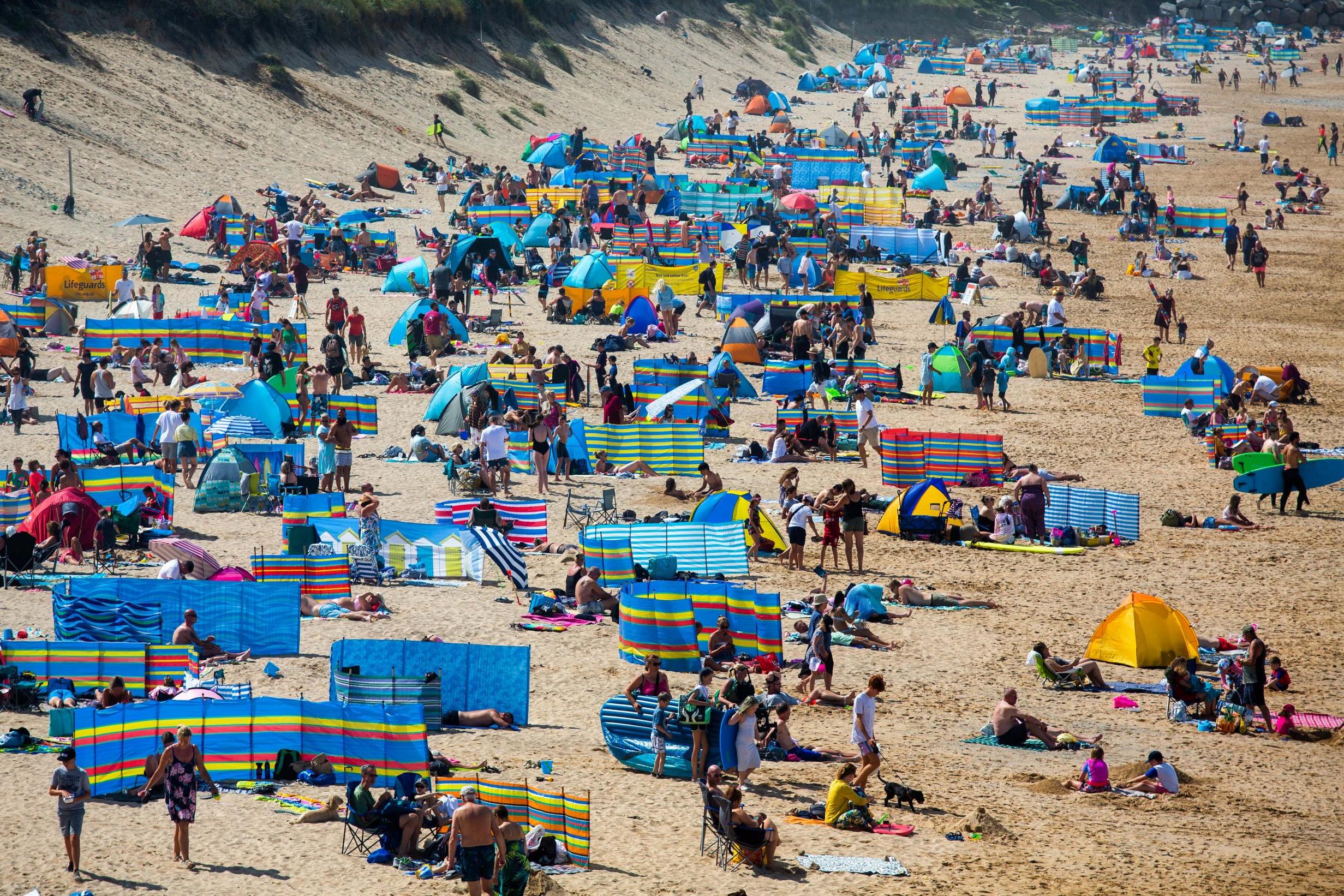 Cornwall Council has criticised “ignorant” holidaymakers refusing to wear masks amid growing unease over the number of visitors crowding the UK’s tourist hotspots.

Adam Paynter, the authority’s deputy leader, said locals were “concerned” about a possible rise in coronavirus infections as people flock to the south coast for holidays instead of travelling abroad during the pandemic.

One restaurant in Cornwall’s Watergate Bay, north of Newquay, said it received regular complaints from tourists about staff wearing masks.

“Since we reopened our team hear this on a daily occurrence,” said a post on the Facebook page of Wax. “’Oh you’re wearing mask. We left X City to get away from all of that!’

“It shocks us that anyone would take offence to our staff wanting to help protect our customers from COVID.”

Mr Paynter said he heard of similar reports of visitors refusing to wear masks because they were on holiday.

He told LBC: “I’ve heard two different incidents where people have been overheard saying: ‘Well, I’m not going to wear a mask, I came down here to get away from all of that.’

While new coronavirus cases in Cornwall remain low compared to other parts of the UK, infections almost doubled from 10 to 19 in the past week.

“Clearly we’ve still got a very low number of cases of coronavirus but obviously residents want to keep it that way,” Mr Paynter said.

“It’s something that local residents are concerned about because they’ve been sensible, they’ve behaved, they’ve done everything the government has asked them to, and now they’re seeing people come down here and not socially distancing, not following the rules, and it’s understandable that people are annoyed at that.

“There’s definitely sentiment locally from people saying they’re really not comfortable with what’s going on and the numbers of people down here.”

Some residents of Cornish resorts have been reported to be afraid to go food shopping because of crowds of visitors packing narrow streets and ignoring social distancing.

Authorities in other parts of the UK, including Margate, Bournemouth and Brighton, have also raised concerns about “unmanageable” numbers of visitors crowding beaches and public transport.

There are also fears that coastguard crews could be overwhelmed as more people swim in the sea.

“The RNLI only have a certain capacity,” said Rick Everitt, leader of South Thanet Council. “They’re doing a great job where they are but they don’t have unlimited resources to deal with people in the water.”

On Saturday, a man in his 40s has died after being pulled from the sea near a beach in west Cornwall.

Devon and Cornwall Police said they were contacted by the coastguard at 1.30pm on Saturday to reports that a man had got into difficulty at Pedn Vounder Beach, near Porthcurno.

Members of the public and medical staff were unable to revive him, the force said.

“The next of kin have been informed and a file will be prepared for the coroner,” it added in a statement.