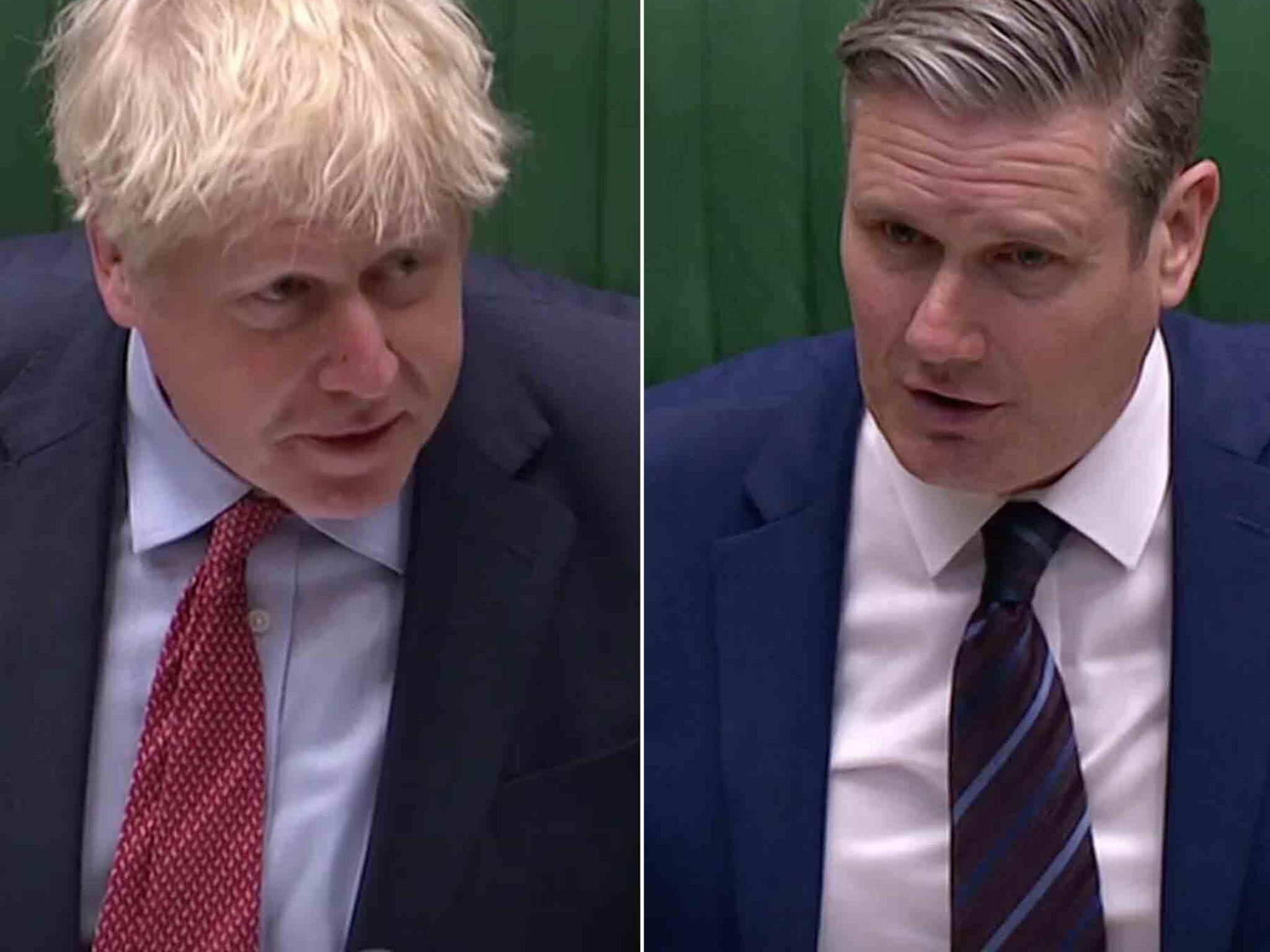 Boris Johnson’s lead over Labour has slumped to just three points, as public confidence in the government’s handling of coronavirus continues its slide, according to a new poll.

The three-point Conservative margin over Sir Keir Starmer’s party matched the Tory low-point recorded by pollsters Opinium a year ago, when an embattled prime minister was on the brink of suspending a deeply divided parliament to stop MPs blocking his Brexit plans.

And it bore witness to the progress made by Starmer in eroding the Tory lead, which stood at 23 points in the equivalent poll taken the week before his election as leader in April.

In a week that saw lockdown relaxations reversed over much of the north of England, the Opinium survey revealed pessimism about the prospects of escaping Covid-19.

Some 75 per cent of those questioned believe a second wave of the virus is likely this year, with almost one-third (32 per cent) of those people saying it will be worse than the first.

Net public approval of the government’s handling of the crisis slumped from minus-14 to minus-18 over the last week, with just 30 per cent saying they approved of its performance, against 48 per cent who did not.

And more than half (51 per cent) said they believed the UK was coming out of lockdown too quickly – up three points in a week – with just 11 per cent saying the return to normal life has been too slow.

On voting intentions, Tories dropped a point over the week to 41 per cent, while Labour held steady at 38 per cent and Liberal Democrats remained becalmed on just 6.

Just over three-fifths (63 per cent) of those who booked a foreign holiday this summer said it had been cancelled while a further fifth (20 per cent) had postponed.

Only 13 per cent – around one in eight of the population – have booked holiday travel abroad over the next three months, a period when millions would normally be heading for the Mediterranean sunshine or further afield.

But the poll suggested that hopes for a staycation bonanza resulting from the difficulty of international travel may be misplaced, with only 18 per cent of those taking part saying that they have booked a holiday in the UK this summer.

Despite the disruption, there was clear support for the government’s snap decision to implement a quarantine on travellers from Spain following a spike in coronavirus cases, with almost two-thirds (64 per cent) approving of the measure against 13 per cent disapproval.

As chancellor Rishi Sunak’s Eat Out to Help Out scheme offering £10 a head off meals in restaurants on Mondays, Tuesdays and Wednesdays in August gets under way, some 33 per cent said they had been to restaurants or planned to visit one – up from 27 per cent a fortnight ago.