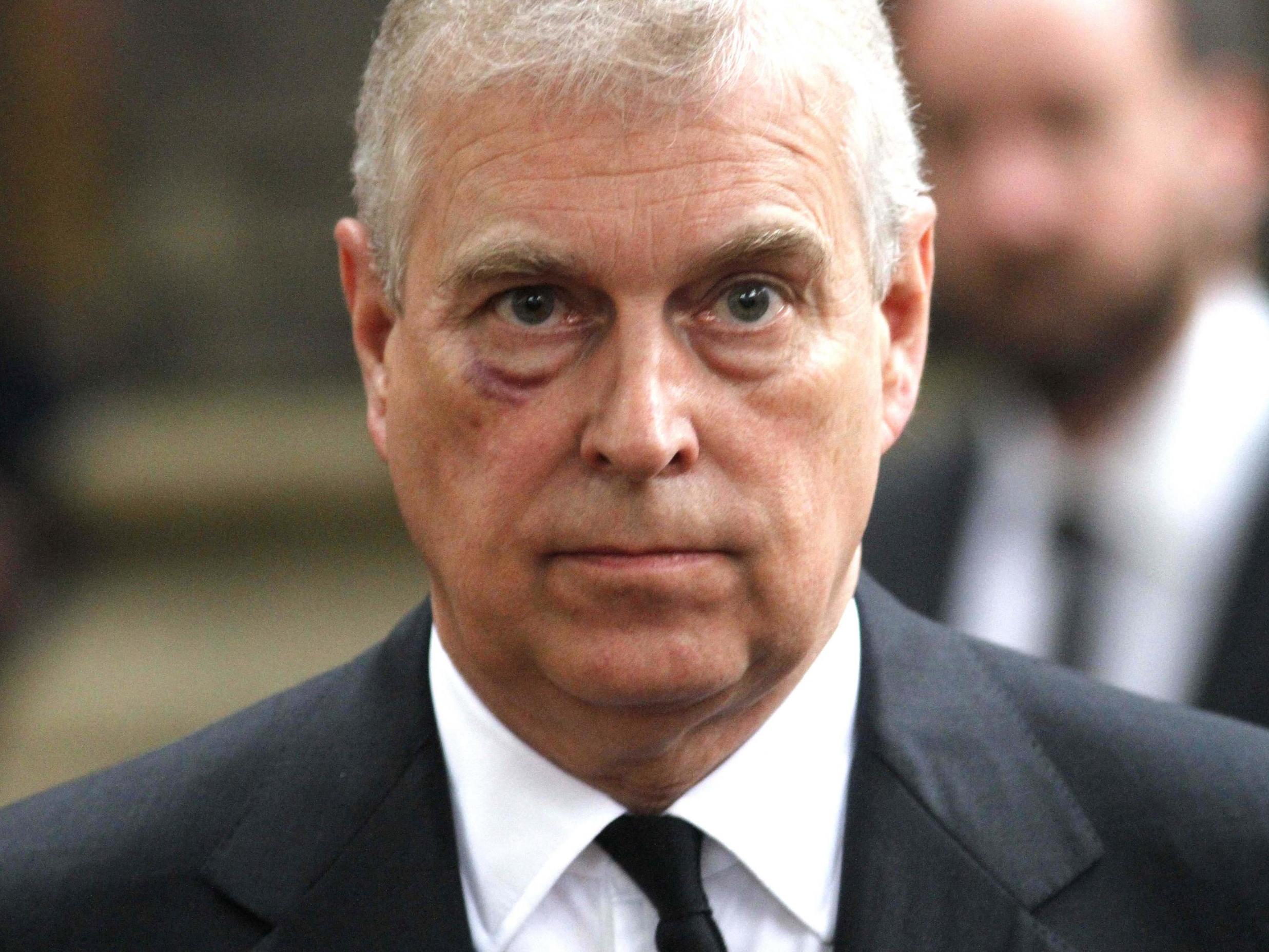 A manuscript featuring a detailed account of the Duke of York’s alleged London sexual encounter with a woman who claims she was a victim of Jeffrey Epstein is among newly released court documents.

Titled “The Billionaire Playboy’s Club”, it was written by Virginia Giuffre – who claims she had sex with Andrew on three separate occasions.

Ms Giuffre, who is also known as Virginia Roberts, also alleges she had sex with a mystery “prince” – a man whose name she did not know, according to the unsealed documents.

The duke categorically denies he had any form of sexual contact or relationship with Ms Giuffre.

Ms Giuffre wrote in her manuscript the duke whispered “sweet nothings” into her ear and kissed her neck while on the dancefloor of London’s Tramp nightclub, during an evening out with Epstein and his ex-girlfriend Ghislaine Maxwell.

She wrote: “I would just giggle not really knowing how to reply to an ageing man with a bad smile and terrible moves…”

Later when the pair had a bath together, at the home of Maxwell who has known Andrew since university, she wrote: “He was adorning my young body, particularly my feet, caressing my toes and licking my arches.”

And after she alleges they had sex she was left with “feelings of dismay”.

The documents are from a now-settled defamation lawsuit filed by Ms Giuffre. She claimed in the suit and other litigation that Maxwell recruited her in 2000 to be a sexual servant for Epstein.

US district judge Loretta A Preska had ordered the papers’ release but two depositions given by Maxwell in the civil lawsuit in 2016 were not produced after her lawyers appealed against the ruling.

When making her 2016 deposition in support of the lawsuit, Ms Giuffre was asked about men Maxwell was alleged to have told her to have sex with and, naming individuals, said “another prince that I don’t know his name”.

There is no suggestion the royal is a member of the British monarchy.

Among the newly released papers were emails Maxwell and Epstein exchanged in January 2015, when Ms Giuffre’s allegations were getting a new round of media attention.

Responding to an email from the British socialite, Epstein, then a convicted sex offender, wrote: “You have done nothing wrong and I [would] urge you to start acting like it.”

He suggested she go outside and hold her head high, “not as an [escaping] convict”.

Maxwell, who dated Epstein for a brief period in the 1990s, is in custody while awaiting trial on charges of trafficking minors for her former partner.

The British socialite, who has pleaded not guilty, will go on trial in July 2021.

Over the years Ms Giuffre has told her story to the FBI, but no charges were brought based on her allegations and she is not one of the three alleged victims in the current criminal case against Maxwell.

Andrew stepped down from public royal life following his disastrous Newsnight interview in which he failed to show remorse over his friendship with Epstein, and little empathy with the sex offender’s alleged victims.

He has also been urged to come forward and be interviewed about his friendship with the disgraced financier, who took his own life while in prison last summer awaiting trial on sex trafficking and conspiracy charges.