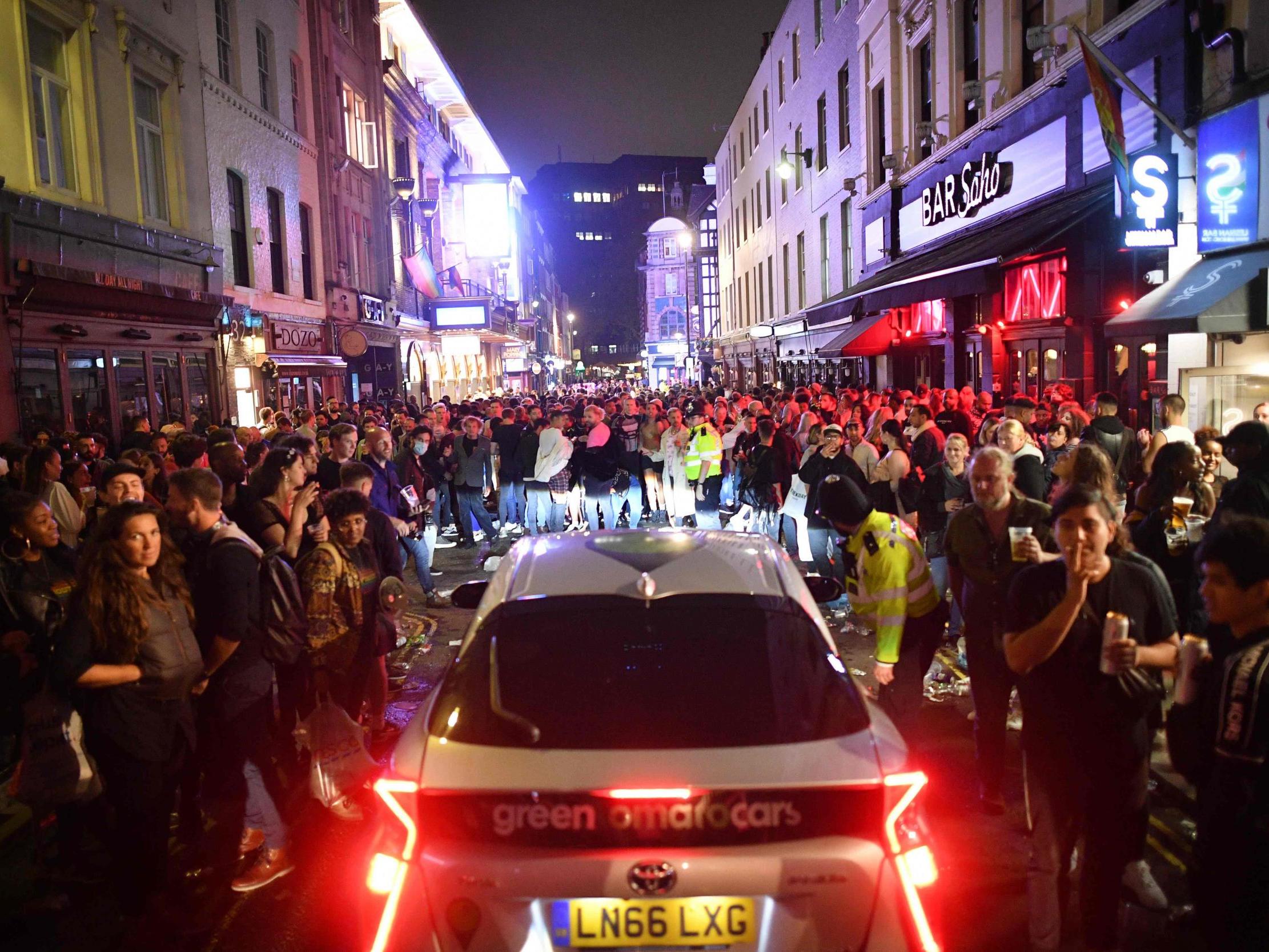 Concern has been raised over the reopening of pubs in London after scenes from Soho appeared to show people failing to observe social distancing rules.

Numerous pictures and videos have been shared online of packed, crowded streets in the famous London district.

One Twitter user wrote: “Just seen the scenes in Soho. It’s as if the health care workers who risked their lives trying to deal with the pandemic were just wasting their time.”

Another wrote: “Cycling through London tonight made me cry. Heaving with bodies & puke, the continual sound of police sirens. The queues in Soho like when England win a match. And yet we didn’t win. We lost! People will always be trash. But none more so than the Tories. This is on them.”

One man who passed through Soho told the Daily Mirror: “Walking down old Compton Street felt like wading through a Petri dish.”

Police were present in the area, though it seems no attempts were made to disperse the crowds, which filled a number of streets closed off to cars.

The latest figures show the R rate range has risen above 1 in London – meaning cases of the virus could be growing again.

In the capital, the range is thought to be between 0.8 and 1.1. Across the UK, the government says the estimated R number is between 0.7-0.9.

On Friday, England’s chief medical officer, Professor Chris Whitty, warned that “this virus is a long way from gone.

Although ‘Super Saturday’ appears to have passed without any major incidents, there have been reports of disorder across the country.

Nottinghamshire Police said three pubs in Mansfield and Sutton in Ashfield, plus two in Arnold and Newark closed.

Inspector Craig Berry said: “Officers were quickly on the scene to deal with a number of alcohol related anti-social behaviour reports including a smashed window and minor assault. As a result four arrests were made by officers and we supported licensees who chose to close their own premises.

“No pubs have been closed by the police.

“We’d like to thank the majority of the public who have acted responsibly throughout Saturday, especially whilst watching the much-anticipated Derby v Forest match.”

Elsewhere, police in Essex claim to have made four arrests following a “disturbance” in Brentwood High Street.

Special inspector Steve Weaver tweeted: “That didn’t last long. Disturbance in Brentwood High street assisted other units. 4 people arrested. 2 of my team have arrested and are currently on the way to custody.”

Earlier on Saturday, the national chairman of the Campaign for Real Ale (Camra) said feedback from branches suggested up to half of pubs did not reopen on Saturday.