'I am trying to pay for my funeral': Women in their 60s forced to work through coronavirus crisis due to state pension age rise 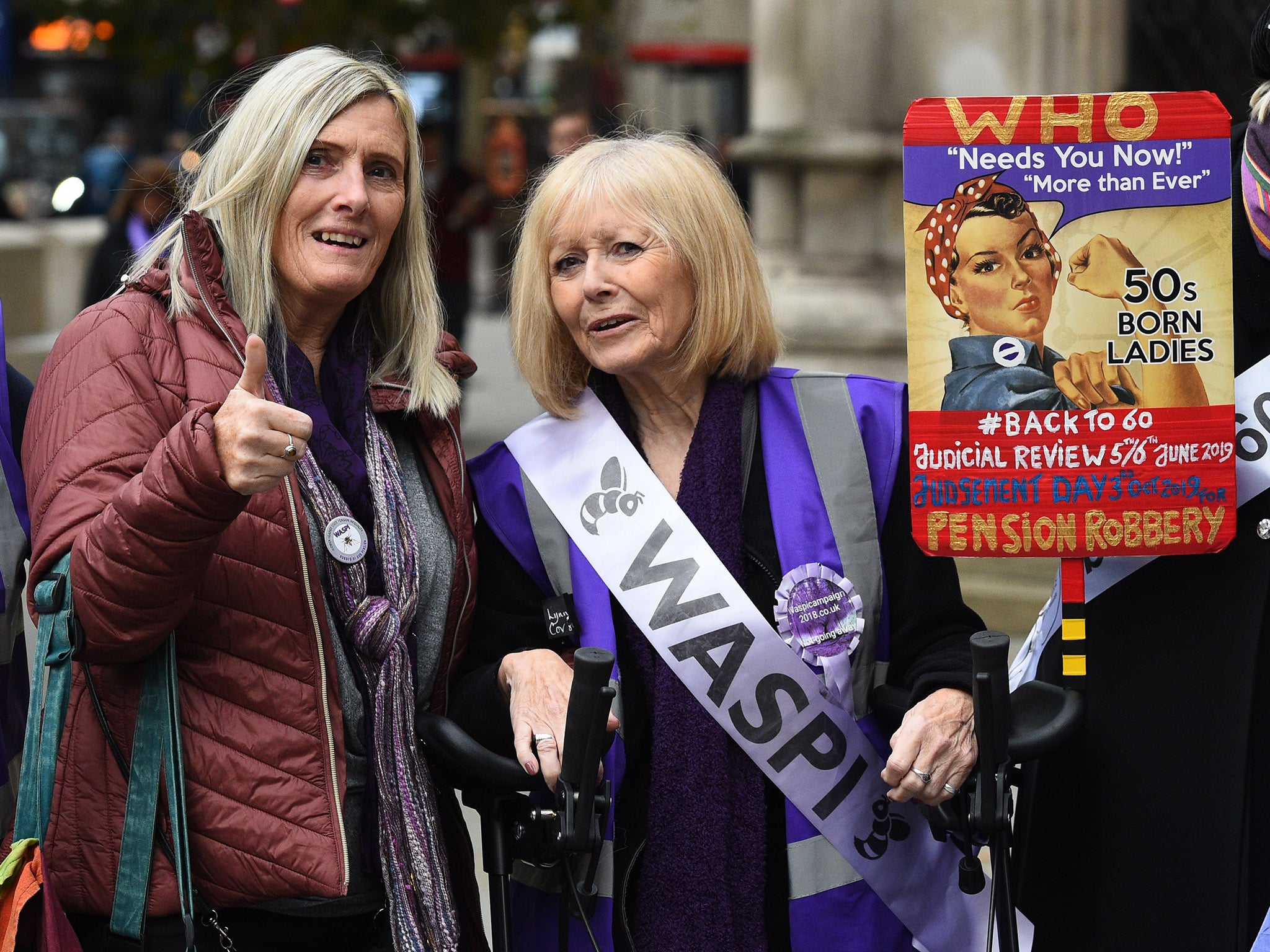 “It’s got so much harder and more tiring for me in the last couple of years and now I am so stressed with the extra pressure of the coronavirus,” Carolyn* tells The Independent. “I’ll be 65 in October. I’ve been a delivery driver for Tesco for the last 16 years. Though I also worked for Tesco for four years before that. I knew that I’d have to continue till 63 but was never informed about the rise to 66.”

Carolyn’s life was initially turned upside down by the controversial state pension age rise from 60 to 66 for women born after March 1950, which affected nearly 4 million women. The move was accelerated in 2010 and saw them reach parity with men, at 65, in 2018.

Many of these women have been forced to carry on working through the Covid-19 emergency despite being at risk of severe complications from the virus due to their age.

Carolyn said working at Tesco throughout the lockdown has been immensely stressful due to other staff members refusing to respect her need to socially distance and even poking fun at her for wanting to do so.

“There is no possibility of social distancing in our back room and I’m mocked by male, macho, much younger drivers for even trying to social distance,” the 64-year-old adds. “I’m so stressed with the whole situation and so upset by a government who’s throwing money here, there and everywhere but doing nothing to protect me. I’ve lived on my own since my divorce 14 years ago, and all I want is to kiss and cuddle my kids, three granddaughters and my 94-year-old dad again.”

BackTo60, a campaign group calling for full restitution for women affected by the changes, lost its landmark High Court battle after taking the government to court over the state pension rise, but will be appealing the ruling in July.

Joanne Welch, the group’s founder, told The Independent they were confident about the appeal.

“When they were robbed of the state pension with virtually no notice from the government, some of the women’s lives were annihilated and that is no exaggeration,” she adds. “But when the pandemic hit, 1950s women were forced out on to the frontline. Many work in retail, hospitality, cleaning and care homes. We know women are facing homelessness and destitution. They have no choice not to work because they are not entitled to sufficient benefits. There are some workplaces where risk assessment not in place.

“Dr Tedros Adhanom Ghebreyesus, director-general of the World Health Organisation, said people over 60 were at higher risk of developing severe coronavirus. There is a higher death rate for us. But the government is saying over 70s need to shield, not over 60s.

“1950s women feel abandoned. They tell us they were robbed and now they are abandoned amid a pandemic. I would have never got involved in this if I didn’t believe it was an injustice. I’ve never done anything like this in my life.”

Liz, another woman hit by the pension overhaul, said she had been off sick from work for the last two months and was petrified of the prospect of being forced back to work.

“I was born in 1958 and expected to retire at 60 with my husband who has already retired,” the 62-year-old, who has health problems, says.

“I have worked from age 16 when I did my nurse’s training and qualifying three years later. I have always worked – going back to work after having each of my three children. Over the last two years I have struggled with ill health which has impacted on my job as a community nurse.

“Due to this I had to reduce the hours that I work, but I am still struggling as I need a new hip, and I am in constant pain with this and back pain. I am also struggling with my memory and cannot retain a lot of the information required to do my job safely, which has caused me to suffer with depression. I have been off sick for the last eight weeks. The thought of going back to work makes me feel physically sick as I am terrified that I will make a mistake. I cannot afford to stop working as my husband only revives a state pension. I feel trapped.”

A major report by King’s College London which came out last month found the rise in the state pension age has triggered a 30 per cent rise in the likelihood of experiencing depressive symptoms for women doing physically and psychosocially onerous jobs.

Researchers said these roles were defined by the mixture of high demands and low levels of control – explaining around a third of women work in these sorts of positions, which involve toiling away in restaurants, sales, personal care, housekeeping, machine operation and cleaning.

Debbie de Spon, of Women Against State Pension Inequality (Waspi), said women have been penalised by the government due to the “maladministration” of state pension age changes.

She added: “Coupled with inequalities in life expectancy across the country and a substantial pensions gap, Waspi women continue to suffer huge financial losses. Currently many have fallen through the gap of Covid-19 support arrangements, and fear for their future.”

Jane, another woman hit by the pension change, said the public health crisis had also wreaked havoc on her working life.

“I was 65 last weekend,” she says. “The day before I got told I possibly have heart failure. I am still working and feel like I can’t work any longer. I work for £400 a month less than I was in 2010 due to government pay cuts. I feel so angry and stressed that I might not live to see my pension that I have worked since I was 15 for. Even having four children I worked with only six weeks off when they were born. I feel totally robbed. I am trying to pay for my funeral. It’s a pity when I got so close to it, to lose it. Hopefully, there will be something they can do to keep me going long enough to enjoy my retirement in September. But there’s a possibility I will not. Furthermore, I couldn’t afford to keep my house in 2010 so that had to go. I’ve been part-time for six months. My money has run out.”

*Names have been changed to protect identities