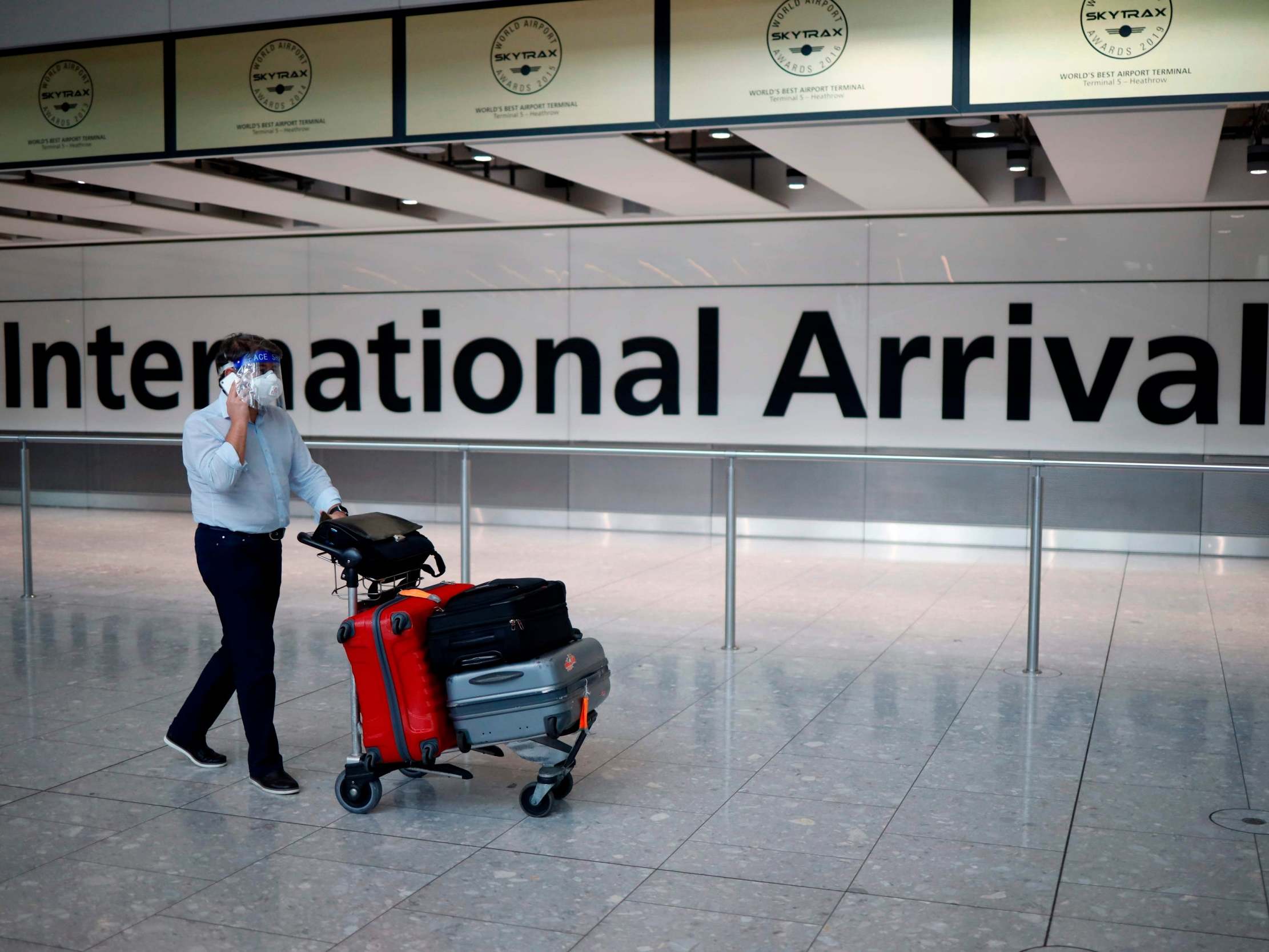 The Independent employs over 100 journalists around the world to bring you news you can trust. Please consider a contribution or subscription.

The UK’s new travel quarantine will put 25,000 people out of work at Heathrow Airport, according to its chief executive.

John Holland-Kaye said he was considering job cuts as a result of the scheme requiring passengers to self-isolate for 14 days on arrival from Monday.

“76,000 people are employed at Heathrow,” the Heathrow boss told the City AM podcast, The City View.

“That represents one-in-four households in the local community, so if we start cutting jobs on mass that has a devastating impact on local communities, including the Prime Minister’s own constituency, which is only a few miles from the airport.

“What we’ve heard already from the airlines is that they are cutting around a third of all employees, so that would be 25,000 people out of work.

“That would be a devastating blow to west London and the Thames Valley.”

Asked if he would also have to consider the future of a third of his workforce, Mr Holland-Kaye replied: “That’s exactly the right kind of number. And I don’t want to see that happen. But we’ll have to make that decision, within the next couple of weeks.”

Speaking about the new quarantine measures, he said: “We have to assume the worst, and all businesses in aviation are suffering, very badly.

“I heard one airport talk about it being days and not weeks before they face bankruptcy. That’s how bad things have got.

“Airlines are not making jobs, making redundancies and cutting pay because they want to, it’s because they’re in a survival mode.”

Mr Holland-Kaye said the industry needs the government to move quickly and in a “co-ordinated” way to reopen the aviation sector.

“But at the moment we’re being held back,” he added. “And if we aren’t able to get people flying again, that really is going to delay the recovery of the rest of the economy.”

Travel and aviation firms have repeatedly urged the government to scrap the plan since it was announced last month, amid widespread concern it would cause huge damage to their industries.

British Airways is understood to be mounting a legal challenge to what it calls an “irrational and disproportionate” measure, arguing that they were not properly consulted and that the self-isolation measures are far harsher than those that apply to known carriers of Covid-19 already in the UK.

However health secretary Matt Hancock defended the blanket quarantine, telling Sky News: “We are bringing in the quarantine policy again because as the number of new infections comes down, so the proportion of infections that come from abroad increases, simply because the number of infections domestically is coming right down.”