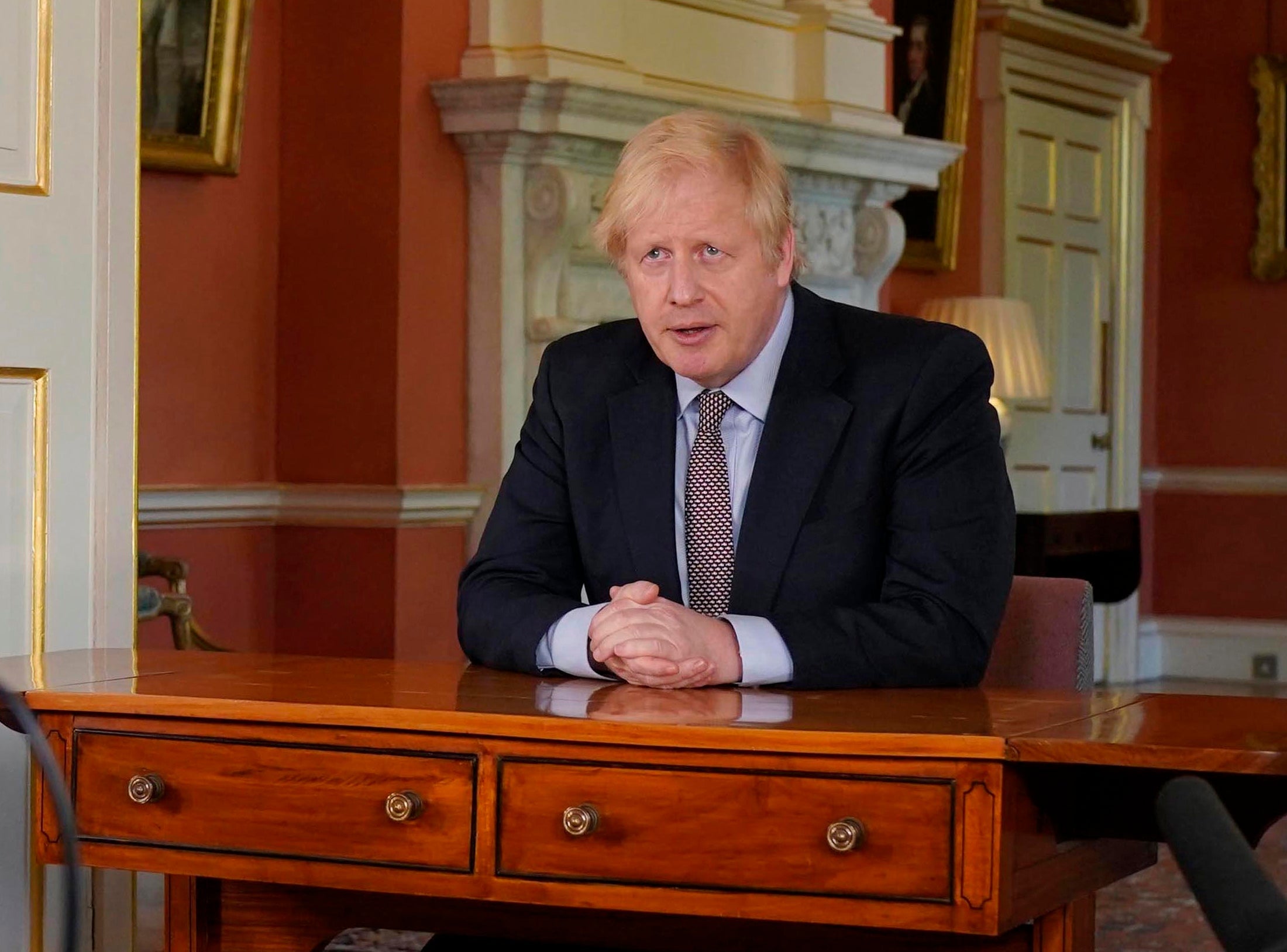 For twelve tolerable minutes, Boris Johnson looked down the barrel of a camera and, in many ways succeeded.

There were no obscure words, dropped like the names of celebrities. There were no risible analogies about tunnels and pastures.

There was a clear plan, clearly expressed, for the way ahead. The only downside is that it absolutely none of it made sense, it’s based on hope not reality, virtually none of it is new and it stands almost no chance of working. But we’ll get on to all that in a bit.

For 24 hours, Johnson was roundly mocked for the somewhat meaningless new coronavirus slogan, “Stay Alert, Control The Virus, Save Lives.”

“Stay Alert” replaces “Stay Home”, for the clear reason that Boris Johnson is very much encouraging people to stop staying at home, and go back to work.

“Control the virus”, we now know, pertains to a brand new five step “Covid Alert level”, which it took the wit of the internet less than two minutes to point out is almost impossible to distinguish from the Nando’s peri-ometer.

For months, the government has been criticised, and held up as a failure next to the best case scenario currently to be found, which is South Korea.

So here was the prime minister responding by launching the UK’s own version of South Korea’s “test, track and trace” system.

The risk level at any one time will be rated from one to five, and as the country moves up and down, though hopefully down, new freedoms will be won and lost, turning real life into a kind of interactive Choose-Your-Own-Adventure version of Hobbes’s Leviathan.

“Local outbreaks and flare-ups” can be monitored, the R-rate constantly tracked, and the government will respond in real time. This is the only way in which we can live alongside the virus until a vaccine is found. There is no alternative.

It was an impressive plan, impressively communicated.

The only areas in which it kind of falls down is that, by Johnson’s own admission, it is based on having a capacity of “hundreds of thousands of tests a day”, and the results being returned extremely rapidly.

As things stand, the government has exceeded its 100,000 a day target once, on the day of the deadline and that’s it. And then 40,000 of its tests had been sent out in the post, with no clear knowledge of when or if they would ever be returned.

Shops could reopen. Schools could come back. But only if we get this right. And how will we know if we’ve got it right? Erm, no one really knows. But we will.

And the prime minister admitted, in plain English, in his statement, that his brand new, five step scheme is dependent on a vast, sophisticated testing regime that does not, as yet, exist.

In the meantime, while this new system has been rolled out but without the testing capacity on which it is entirely dependent, there are a few new freedoms that have already been won.

You can take “unlimited exercise.” You can “sunbathe in the park.” And you can go back to work, ideally not on public transport, but do use public transport if you have to.

It is unfortunate that the accumulated evidence of the last two months shows what was blindingly obvious in the first place. That people in crowded cities cannot police themselves into the sustainable use of parks and trains. It’s impossible. It can’t be done. But that is the new policy.

You can also play sport “but only with members of your own household.” This came with further clarification that golf, basketball and tennis can be played, from Wednesday. How complex and specialised sporting facilities will reopen, to be used exclusively by co-habitors is another question for another day.

That day, specifically, is Wednesday, and no, garden centres aren’t going to be reopened then. Nor has the lockdown been lifted. But at the end of a full week of briefing and speculation and downright wrong information, there is at least a clear plan, that makes no sense and doesn’t work.

But, you know, it’s a start. Who knows where we’ll go from here? Could be up, could be down, could be sideways. Will anybody know? Will anybody even care?

There is also the fact that South Korea’s actual, functioning, test, track and trace system, as opposed to our imagined one, this week revealed that in the first week of May, thousands of people were exposed to coronavirus in the country’s nightclubs, and it has instantly shut them.

The bits of the world that are ahead of Boris Johnson, which is to say almost all of the rest of it, are still desperately short of an actual solution to this unimaginably miserable problem. But we are a long, long way short of worrying about that for now.